This has been a monumental year for Draymond Green, one of the NBA’s strongest defenders. With his team breaking the league’s all-time wins record, they’re well on their way toward claiming the championship. While the finals are a little over a month out, Draymond began to think about that Kodak moment and the smile that needs to come with it. SmileDirectClub offered to help.

“It’s been a big season,” Draymond said. “And it’s about time I had a smile to match.”

San Francisco is home base for Draymond, so Smile Direct Club co-founder Alex Fenkell and one of the Smile Guides flew to the Bay Area to get Draymond started on his new smile. It doesn’t get more direct than that. 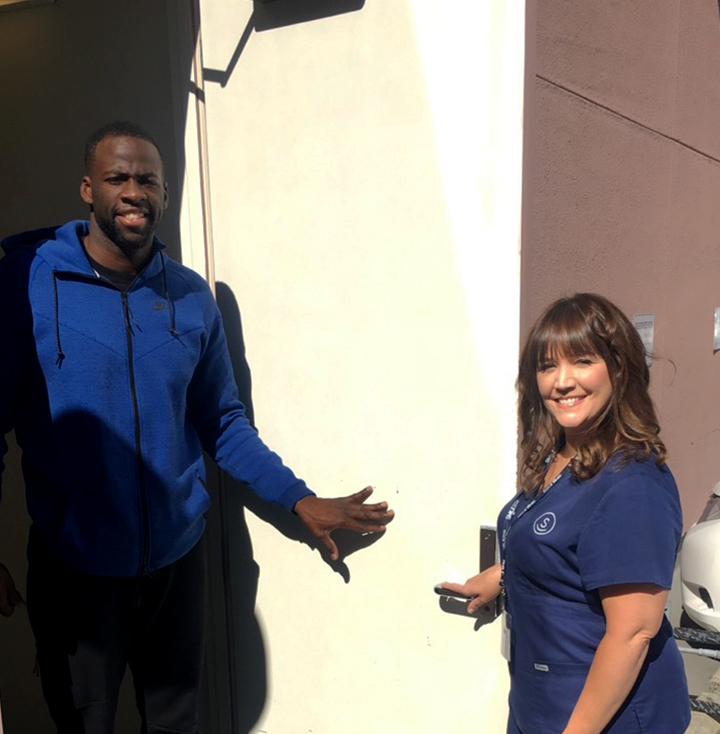 “We started this company so everyone could have better access to dental care and invisible aligners. Once I heard Draymond wanted to fix his smile, of course I hopped a flight to San Francisco,” Alex said.

Draymond told his fans what he was doing, and his mom was one of the first to weigh in.

@Money23Green yeah, 2nd time hope you do better this time around!

Apparently, he’s not the only one who had troubles with his retainer:

@chriscedro23 @Money23Green yes and then broke it in College….

Don’t worry, mom, SmileDirectClub will make sure he gets his retainers once everything’s said and done.

But until then, Draymond won’t have to carve out time for in-office visits between games and practice—all of the progress updates are done digitally. That means he can keep his head in the game, his eye on the championship and his pearly whites in the flashbulbs of the cameras. Say cheese, Draymond.